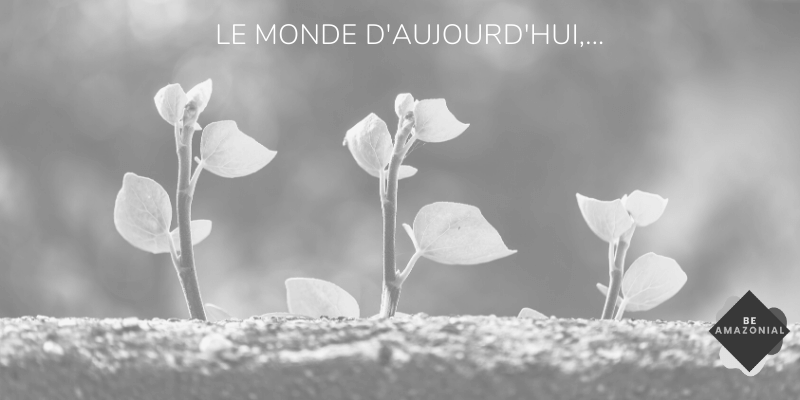 Not whithout the 50% of the mankind

The world today : with the "other 50%" of the mankind, Women!
It's right now that we have the opportunity to rethink our economies, our society ! We have to save this planet which welcomes us to preserve the Human. The nature, as for ger, let's trust it, we will survive...  Stop procrastinating ! Stop put off until tomorrow the major issue of this 21st century: our lifeplace, our environment !

At the risk of going to the front of many catastrophies ... again

Everyone at their level; at their own rythm, will approach this awareness and resilience stage but it's clear that if we don't take care to embarke the maximum of people in this relaunch, other catastrophies will happened.

My commitment is, for mny years, the fair women place in our organizations

" Never forget that one crisis will sufice,..." as said Simone de Beauvoir to see reborn all the bad habits.

In particular, the absence of women in many staffs, whereas its them who are at the front

The closing of nursery, schools has unbalanced the homes organization by confining very often the women job to the family sphere and densified a mental load become also physical.

Also, These closing led to shut down the women jobs, mainly in these fields, stressing again the non-balance phenomenon.

" Today, how many women belong to the team which advise the political decision maker?

How many women speak as expertes on the TV trays and in the media? Maybe they are sought... But they dispose probably less time to answer, because it's not anymore a "double day" which assail them today but a triple day even a quadruple day if such a count still make sense."
Questions asked by Frédérique Pigeyre, Cnam teacher, Pulpit Gender, diversity, equality men-women from the school to the company http://blog.cnam.fr/politique/societe/l-egalite-femmes-hommes-mise-a-mal-par-la-pandemie-de-covid-19-1164120.kjsp

Look after to have balanced teams in terms of number of men and wome is a must to ward off the failings of the last centuries.

Today in this new world, the women must have the floor just like men.

This is where the digital operates, which's going to be, I hope, the lever of this green and inclusive relaunch

The sober digital, obviously, is already for few weeks ago at the heart of our lives, it has revolutionned our way to work, to teach, to heal, to live and it's not finished yet...

As written well by Guy Mamou Many in his latest article " It acts as a catalyst and an accelerator. It activates vividly the digital turning point a whole section of society."https://www.linkedin.com/pulse/le-covid-catalyseur-de-la-transformation-num%C3%A9rique-guy-mamou-mani-

Also, we must use this tool, which never replaces the human exchanges but which bring an increased vincinity and knowledge while staying vigilant however on its ecological print in order to not reproduce the errors of past.